Photo session for YOUNG GUITAR magazine, we look forward to an interview and DVD (guitar instruction by Teeny) in June 2007 (will be out in May) issue of the magazine! Other interview is in BURRN! May 2007 issue together with live report and stories during the tour. 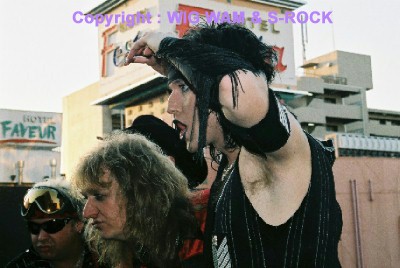 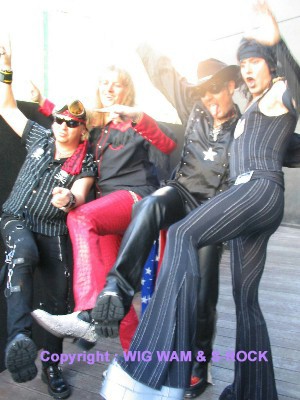 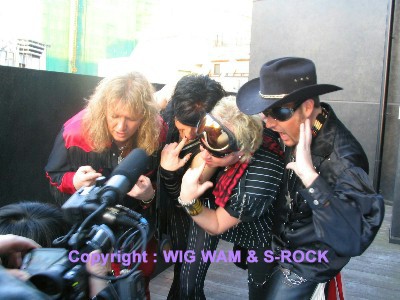 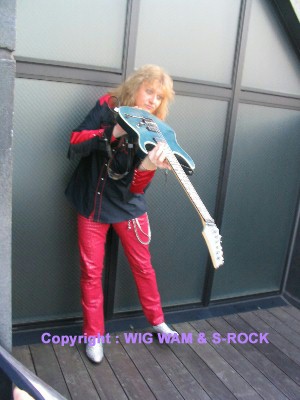 Tour T-shirts. After Osaka show T-shirts of black/red sleeve were all sold out. 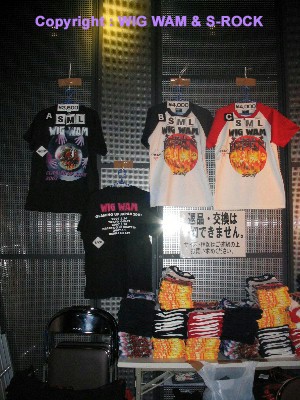 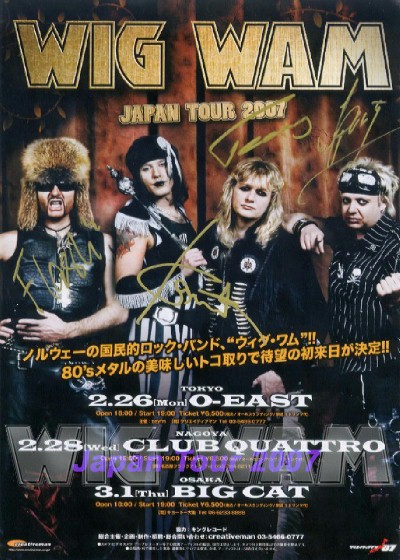 Tusen takk til:
WIG WAM
Stig for FOH
Ketil for VME
Per Erik Jansen for www.wigwam.no

Thanks to:
CREATIVEMAN Productions
KING Records 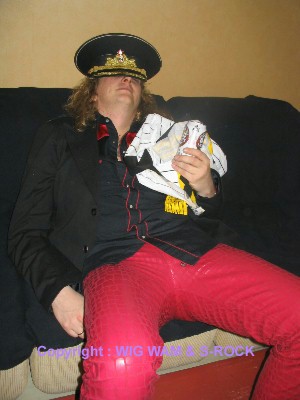 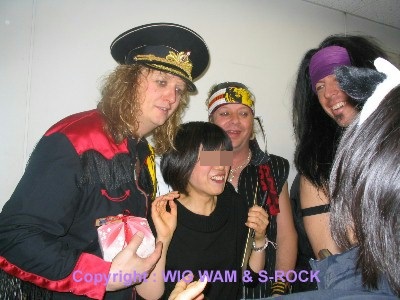 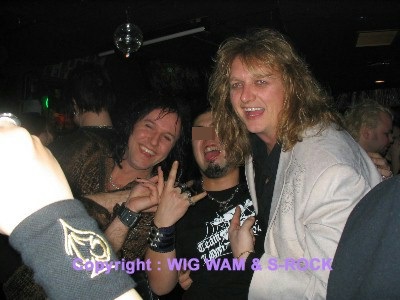 Meet & greet after the show for 10 lucky listeners of Masa Itoh’s POWER ROCK TODAY, a radio program in Tokyo area. 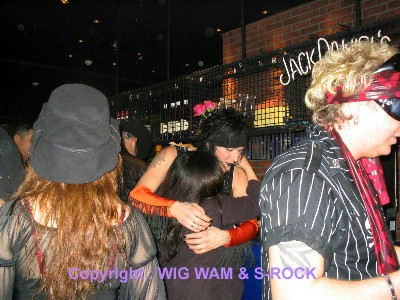 Shabu-shabu dinner after the show. Glam said “Teeny is good at using chopsticks though he doesn’t eat Sushi!” 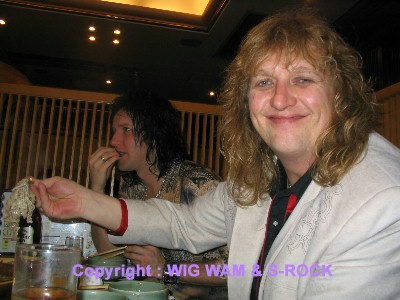 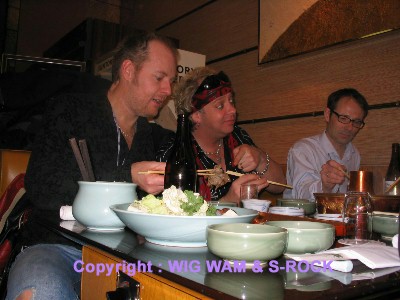 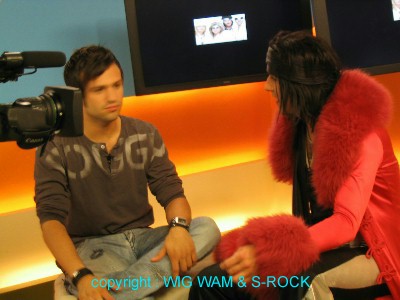 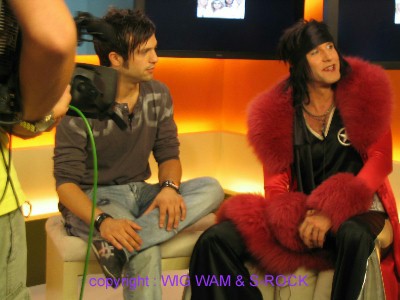 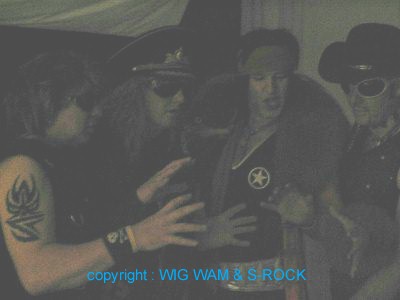 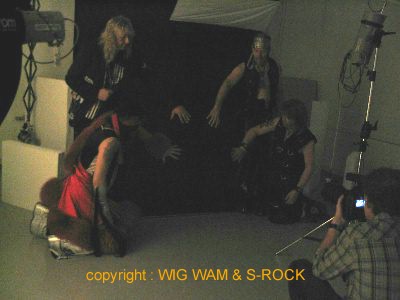 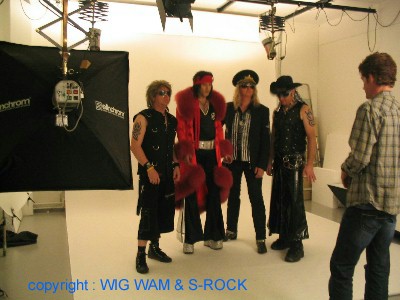 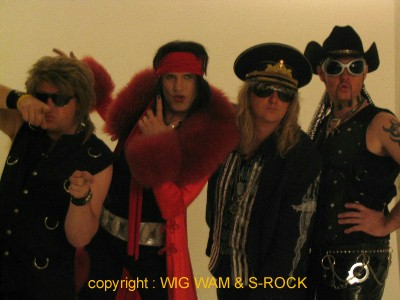 I didn’t use a flash (not the person you know *S*) by my camera because I didn’t want to disturb the professional photographer.

The guy on the right side is the photographer.

They chose a photo for Bless The Night single just after this photo session thanks to digital technology. 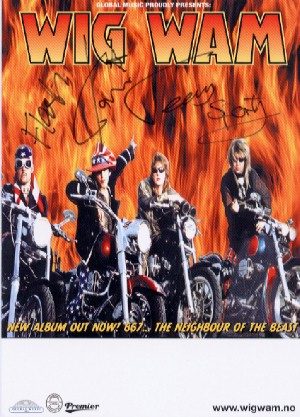 …And of course thanks a lot to all my friends in Scandinavia!

They recorded 6, 7 different takes with different questions and different arrangements. 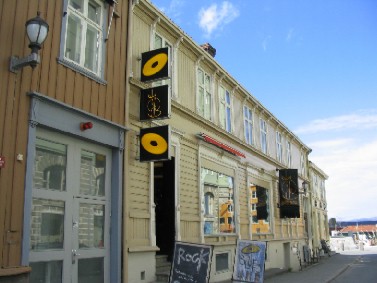 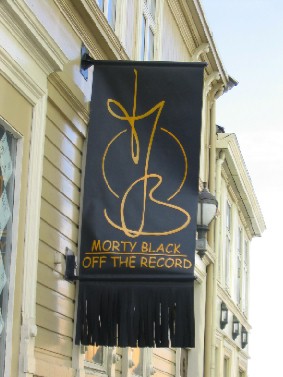 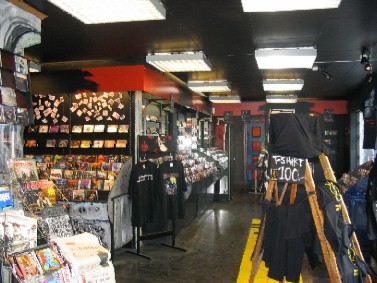