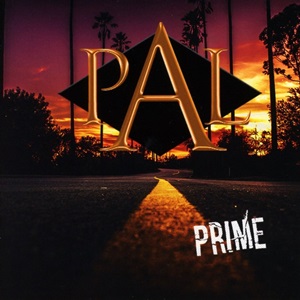 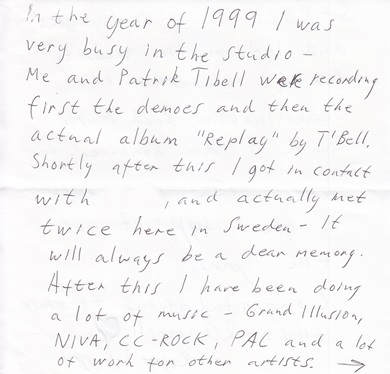 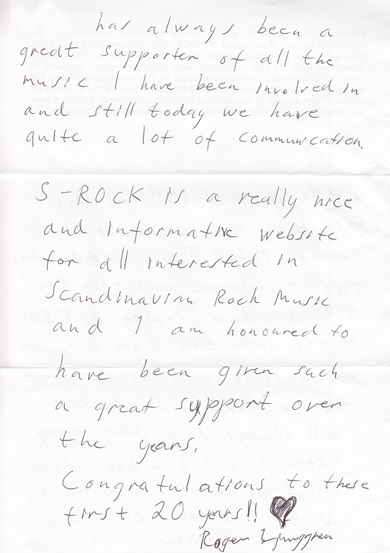 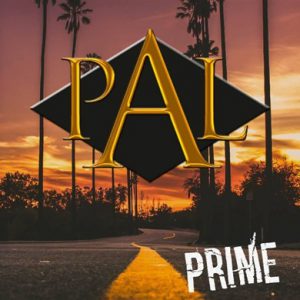 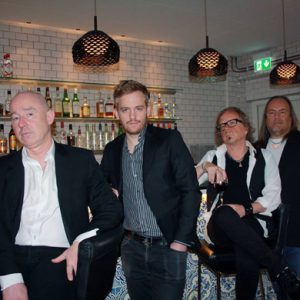 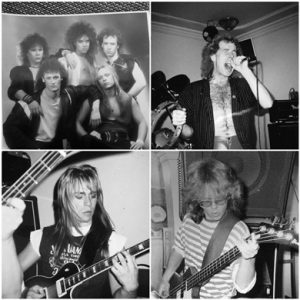 You guys have each long career and have known each other for a long time. How did
you start PAL after those years?

Roger Ljunggren: Peter and I (Roger) met in a grocery store in Skara , just as Peter had return from some time in Spain – We said we had to meet and catch up and so we did – I had recently recorded the album Peo “Welcome to the Party” and Peter was then working with the Mean Streak album “Blind faith” with Max Norman – We discussed doing something together for the first time in many years so I began recording some song ideas for this and Peo Pettersson was the singer we had in mind, as we both have worked with him earlier for many years and his voice would be perfect – the first song we did a demo of was “Leaving this town” – we were very satisfied with how it turned out and the band PAL was then a fact.

Now you guys have Mauritz Petersson for drums. Would you let us know his career,
and the story when he joined PAL?

Roger: Both Peo and Peter was aware of this young session drummer’s skills and had known him for some years – So he was asked to do the drum work for the album – and he did a great job and was just the guy we were looking for.

And the name of PAL is from you guys’ family names, is there any other sense of it? For example PAL as friend, the video system in Europe, Africa, ACEAN countries etc.

Roger: PAL has just as you are saying a couple of different meanings – Foremost it is the Family names but also the meaning as friend is equally important – we are old friends making music together.

Would you introduce each track from your debut album PRIME? Which is/are your
favorite(s)? So far every track is written by Roger and Peter, in the future some
tracks from other combination? And what is the inspiration for you guys when you
compose/write lyrics these days?

Roger: To be totally honest the favourite tracks is different from time to time – It is hard to choose just a couple. One very interesting thing is that we have seen the lists from European Rock radio stations – Every song of the album has been played! Never happened to us before – so I think we have made an album with music suiting very many tastes and with quite strong melodic quality at the whole.
The song writing will also for our next album be by Peter and Roger.The inspiration music wise is from all the music we grew up with, but also from more modern stuff we like these days – for example the Post punk genre has a lot of energy that we all like.
The lyrics are from Life itself – both from the past and from the life we are living today.

The song is about the fact that so much in our lives happens by accident or chance. We are all very occupied with making plans and try to shape our fate but really there are so many things we can never be in charge of.

Life is a journey. In this lyric I use different places in the US to tell the story. The story is really about life and to always try to hang in there and make the best of it.

This song deals with the fact that relationship is tricky business. When one has been hurted too many times it might be easier to just stay away from love and traditional life.

This song is about the fact that as a touring musician with kids waiting at home it´s almost like living in two different worlds. One day stuck in airport somewhere waiting to board and the next trying to comfort a sick kid at home.

Wildfire represents a feeling that we are trying to find in our music. a feeling something rising and getting larger than life. The intention is to pass on a happy good vibe.

Looking back in a photo-album can raise memories, good and bad ones. Lost loved ones and relationship that is over. The question is inevitable – What would have happened if we would have fought it through ? What could we have become?

Love that is fading out, the moment when we realize that there is really no way back.

This song is about betray. From lover or maybe a friend. When someone you really trust and believe in turns out to be false. It takes some energy to come back from there.

About growing older and a little bit smarter. About picking your fights and not use energy or power on people that do not deserve it. Or to sometimes realize that it´s time to retreat and draw new plans.

Leaving this town is about seeking new paths in life and the way we are living. The first song written for PAL.

This is a declaration of unconditional love. A celebration of the feeling when everything feels right.

One would think that we should be smart enough to learn from past mistakes, sadly it seems we are not. We keep on repeating them over and over again ending up wondering why. Why is it so ? I have no idea !

What is the biggest difference between other bands you guys ever played for and PAL?

Roger: I think this time we are not so very locked in to do the Old School AOR and Melodic Rock as we have been earlier and in other bands – We take inspiration from more recent Rock music, sometimes even Pop music and blend it in with more traditional Rock arrangements – I think what we are trying to do is a Feel Good kind of Rock music with a lot of energy and positivity as the most important ingredients.

This time you guys have got a deal with ANDERSTEIN MUSIC in Japan. Their company is in Nagasaki prefecture in kyushu, the big island of south Japan, far away from Tokyo. How did you start having a contact with them?

Roger: The contact with ANDERSTEIN MUSIC was a deal made by Georg Siegl of AOR HEAVEN.
Peo have had connection with the company earlier , but Peter and I have only worked with Marquee Avalon up to this date, but we are sure this will be great – Many good bands are on this label so it is a great honor to release PAL “Prime” with ANDERSTEIN Music in Japan.

Your message to Japanese fans who visit S-ROCK site.

Roger: It is a great honor for us to release The PAL Prime album in Japan – It is a real Feel Good album filled with many strong songs that we hope you will take to your hearts.
A little bit of a modern twist to the traditional Melodic Rock fitting all occasions –
So – Put the record on and Let’s Rock!