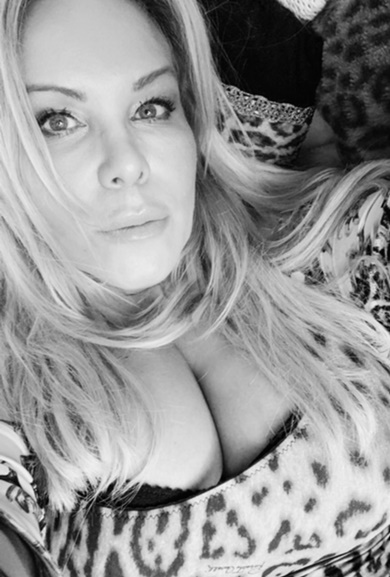 S-ROCK: Last time when we met in Stockholm in 2001, you told you worked as a journalist. And in 2016 you released the album “DEAF, DUMB & BLONDE”. What did you do during these 15 years?

Erika: I have been working w/ my podcast ROCK BÖTTOM (www.acast.com/rockbottom) where I interview international rock stars.
Also, I took a lot of time off to be w/ my three children when they were young.
Now they are grown up, we hang out a lot when I have time off but I can start touring again. I just did a few festivals etc last year on the heel of my last album “DEAF, DUMB & BLONDE”, which was released 2016 on an English label.
2019 has been all about writing, recording, mixing and doing the podcast. Also squeezing in some kind of quality time w/ my boyfriend when he’s not touring. Which he is on average 150 days of the year…

Erika: This was a sign of the times in Sweden at the time. Japan was very influential in the music business over here.

Erika:  “DEAF..” is the heaviest album I ever made, not surprisingly since I co-wrote it w/ members from IN FLAMES, CANDLEMASS etc. But yeah, some AOR elements for sure since I also co-wrote w/ Mic from EUROPE.
I like to try new things, new co-workers etc. 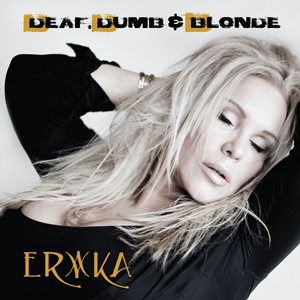 S-ROCK: You’re working for your 7th/new album, would you tell us what it is like and who work for you this time? What is a big difference from “DEAF, DUMB & BLONDE” album?

Erika: “REMEDY FOR SOBRIETY” is a lot more melodic and less production-based compared to “DEAF..”. Very much an album to have a drink too, sing along too and enjoy live🤘🏻

S-ROCK: And would you tell about the promo video for your new single “Death Defying Heart” which was released last December?

Erika: It was an idea I developed w/ filmmaker Henrik Perälä. The funniest video is the documentary of the making of the video. It was shot in my penthouse starring my entourage, friends and my boyfriend (Stam, of Swedish band MUSTASCH). Everyone got hammered and we had a blast. I felt sorry for my cleaning lady the next day though🙈 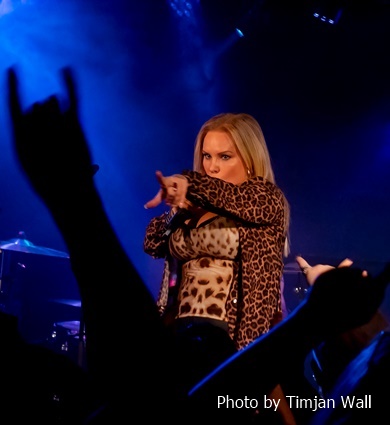 S-ROCK:You’re the producer and one of the hosts of the very successful rock podcast ROCK BÖTTOM. Any interesting
stories about it?

Erika: A few months ago I managed to snag the headliners at SWEDEN ROCK FESTIVAL to ROCK BÖTTOM podcast, although they actually did not do any media then. Much to the surprise of major radio channels, TV shows etc. I’ve had pretty much everyone from DEF LEPPARD and RAINBOW to Lzzy Hale and RIVAL SONS visit the podcast (which I host alone since last year).  Sometimes we record at home in my sofa, sometimes backstage.

S-ROCK: In Japan elder people still prefer CDs to streaming/downloading, actually Japan is still the 2nd biggest music market, but CDs are still about 70% of all music sales here. I actually buy CDs, not using Spotify, Apple Music for example. Young people listen to music by their smartphone (in Japan “smartphone” means almost iPhone) and buy CDs only for something special like a free ticket of meet & greet. I guess in Sweden people don’t buy CDs like before any more, what do you think about it?

Erika: The CD market is close to zero here. Vinyl has a small revival now and I think that’s very cool, I love the way cover artwork can be displayed that way. Overall though I am very much an “onwards, upwards” person; I accept change and roll w/ the punches. No use complaining over loss of income because of streaming. At least more people get to hear my music that way.
Instead we are focusing on special treats for die hard fans at our upcoming tour, such as golden circle, meet and greets etc. So I hope Japanese promoters will understand how much my fans mean to me and co-work on these things. I truly love my fans and want them to feel as a major part of the mayhem that is the Erika circus! 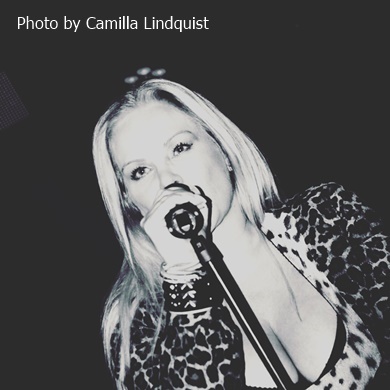 S-ROCK: Would you give messages to your Japanese fans who visit S-ROCK website? Tack så mycket!

Erika: Make sure to download/buy a shitload of “REMEDY FOR SOBRIETY” so I can come visit you again soon!
Let’s have a party in Japan that is worth a massive hangover! 🥂🍾🥂🍾🥂🍾🤘🏻🤘🏻🤘🏻
Lots of love,
Erika